Nigerian actress and reality TV star Annie Idibia has been a topic of discussion on social media lately. The Young, Famous and African star has been in the limelight following her appearance in the popular Netflix show.

Annie’s name has been in the media mostly because of her marriage to celebrated African singer and songwriter Innocent Idibia, popularly known as 2 Baba.

Her brother Uduak Wisdom Macauley recently called out the star, who claimed that she is a slave master. In a now-viral Instagram post, Uduak said Annie made him work for her without proper payment, ZAlebs reports. He said: 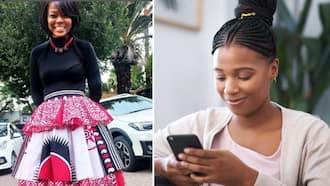 Spiritual woman spills the tea on what it is like being a healer, Mzansi loves it

“Hello Nigerians, my name is Wisdom Macaulay, I am the elder brother of Annie Macaulay Idibia. I’m crying out for help at this moment because my life is been threatened. I have been working with my sister for some time but she would never pay me my dues.”

Not only that, Annie’s brother disclosed that the mother of two is a drug addict who also introduced him to hard drugs. He added:

“Annie introduced me to drugs, hard drugs, Annie takes drugs, she is a drug addict, she takes it every day, she is so violent, she doesn’t have peace with anyone, she fights everybody.”

Annie rubbished her brother’s claims in a now-deleted Instagram post. She said the bother is bitter because she refused to make him her manager. She even revealed that she has been assisting him and his family financially for years. 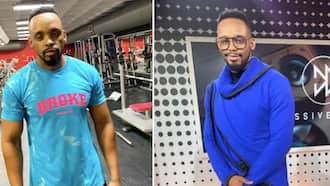 Briefly News previously reported that Annie Idibia has shared her thoughts on Netflix’s new reality show Young, Famous & African. The Nigerian model’s marriage to 2Baba was questioned after the couple featured on the show.

The media personality claims there were so many great scenes that the producers of the show left out after social media users slammed her marriage to the Nigerian singer.

Peeps shared that they did not get to see the real Annie but she made everything about 2Baba. In response, the stunner shared that she gave the producers the mother, career woman and wife on the show but all that did not make it to the show, reports The South African.