The Serengeti in northern Tanzania is one of Africa’s most spectacular national parks. The incredible density and variety of wildlife in this county-sized wildlife haven are second to none. While the Great Migration – with up to two million grazers on the move – rightly attracts most of the attention, you could easily ignore this spectacle and still have the greatest luxury safari experience of your life. But when is the best time to visit the Serengeti? Here’s a breakdown of the seasons and their effect on your game viewing experience and the movements of the migratory herd.

After the short rains of the previous two months, the southern Serengeti is blanketed in short green grass. Therefore, the Great Migration entourage settles here to feed and calve. Permanent residents of the southern plains also calve during this time, so you’ll see many newborns, from elephant calves, lion cubs, cheetah pups, wildebeest calves, zebra fouls and more.

Chances are good that you’ll see actual births in progress, followed by the wobbly first steps of many little ones. Of course, this also means that the circle of life is laid bare with intense predator activity. Lions, cheetahs, leopards, African wild dogs and hyenas pick off the young and old with relative ease. Most calving happens in February, making this month one of the best times to visit the Serengeti to experience the Great Migration and general game viewing.

While technically a dry season, you may still get rain showers during this time. All the better for cooling things off and keeping the visitor numbers lower than the peak dry season. 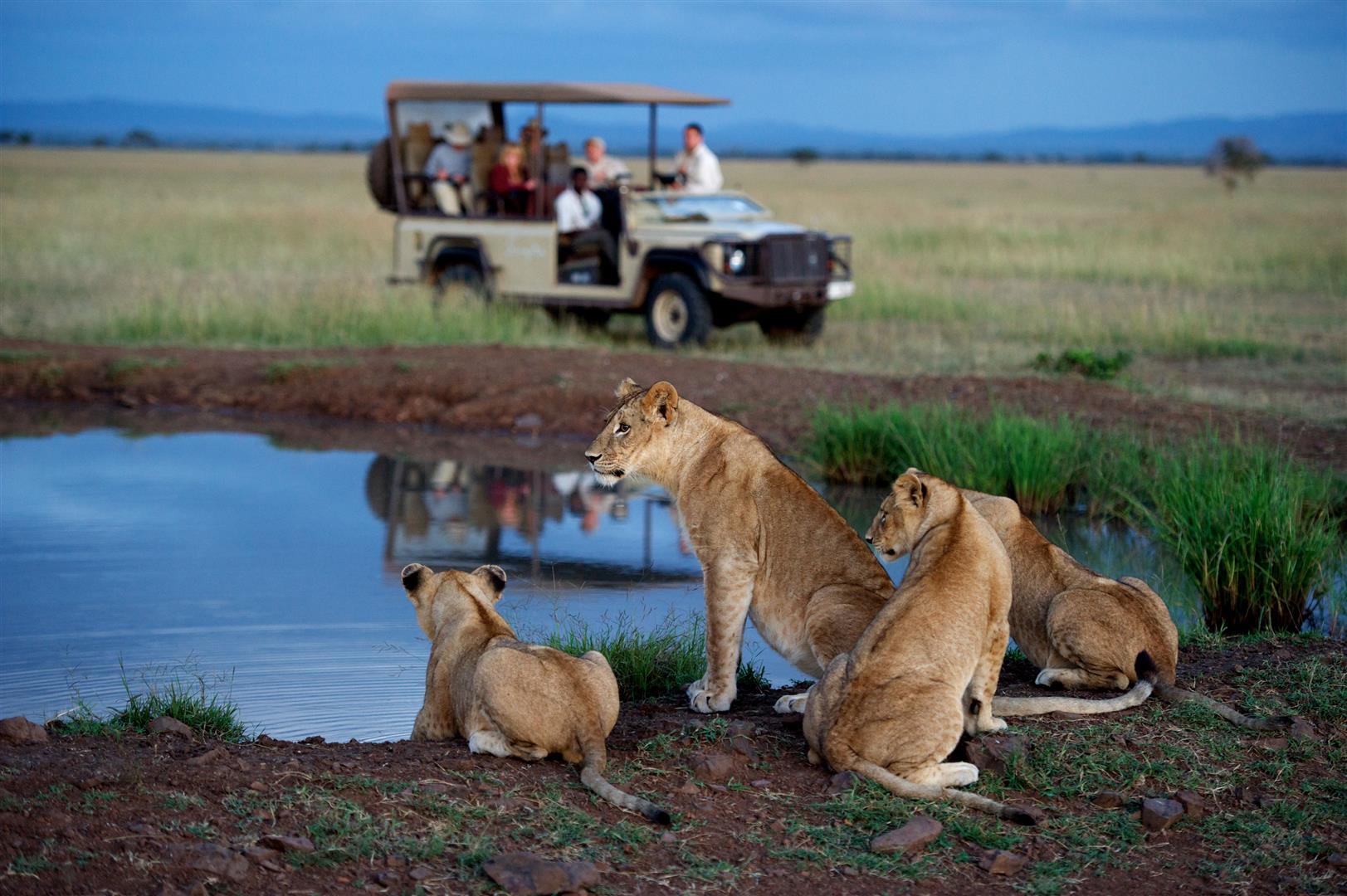 Starting from late March, you can expect daily thunderstorms and a slight drop in temperature after the pre-rain build-up. As a result, it can get quite hot and humid. Migratory birds arrive, and the Wildebeest Migration drifts west and northwards as the newborns build up their strength for their first adventure. Furthermore, this is also the start of the rutting season, with many species jostling for pole position.

General game viewing certainly doesn’t disappoint in the wet season. With most wildlife being territorial, you’ll still see plenty of lions, leopards, cheetahs and the Big 5 on the open plains, even in areas where the Great Migration is not around. The temperate climate and flat plains of the Serengeti allow for excellent general game viewing even during the rainy season. Driving conditions and daily plans may be a bit less predictable, but your safari gets all the more exciting because of it.

Some of the more remote and mobile safari lodges close for the long rains, but many remain open all year round, and visitor numbers are greatly reduced. The south receives about a third of the rainfall compared to the north of the Serengeti. A safari in the western and central corridor promises incredible migration sightings – without large tourist crowds. This alone could make the rain season the best time to visit the Serengeti for some. 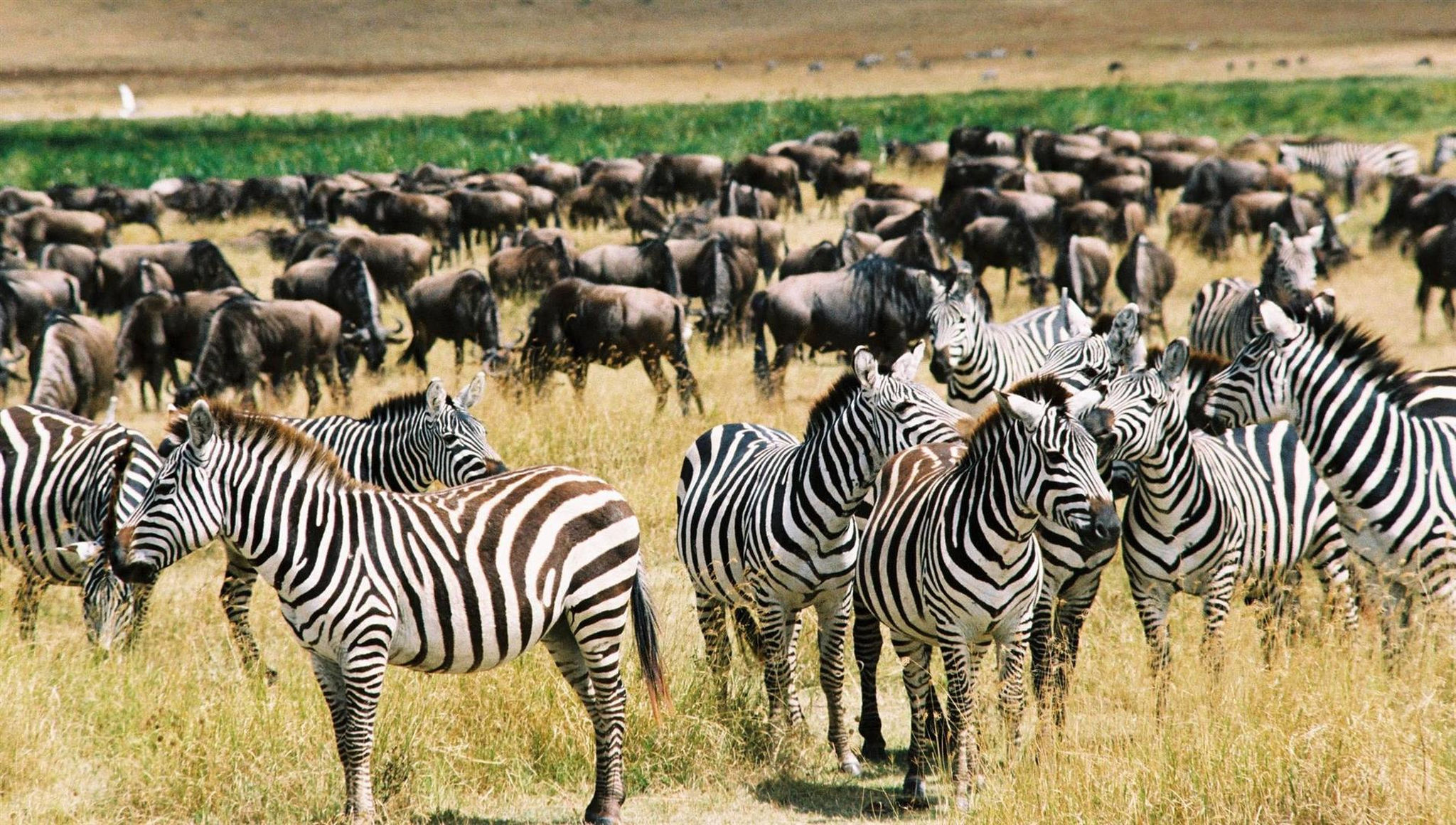 The rains usually taper off and disappear by June, ushering in prime safari season for the Serengeti. During this time, game viewing is at its best, with the dry grasslands making visibility even better, and you can see greater concentrations of wildlife at water sources. In addition, now is also the best time to explore the Ngorongoro Crater and relax on the sandy beaches of Zanzibar.

Cooler conditions mean fewer mosquitoes and other summertime critters, and the weather is generally very pleasant. Mornings are cold on the open plains in an open safari vehicle, so you’ll be grateful for any extra layers you’ve packed.

The Great Migration herd moves through the northern corridor of the Serengeti, bunching up before the crossings of the Grumeti River and Mara River. Around September and October, most of the herd has crossed over into Kenya’s Maasai Mara National Reserve. As a result of the excellent game-viewing conditions, exciting Migration river crossings, and comfortable weather conditions, the long dry season is widely considered the best time to visit the Serengeti. 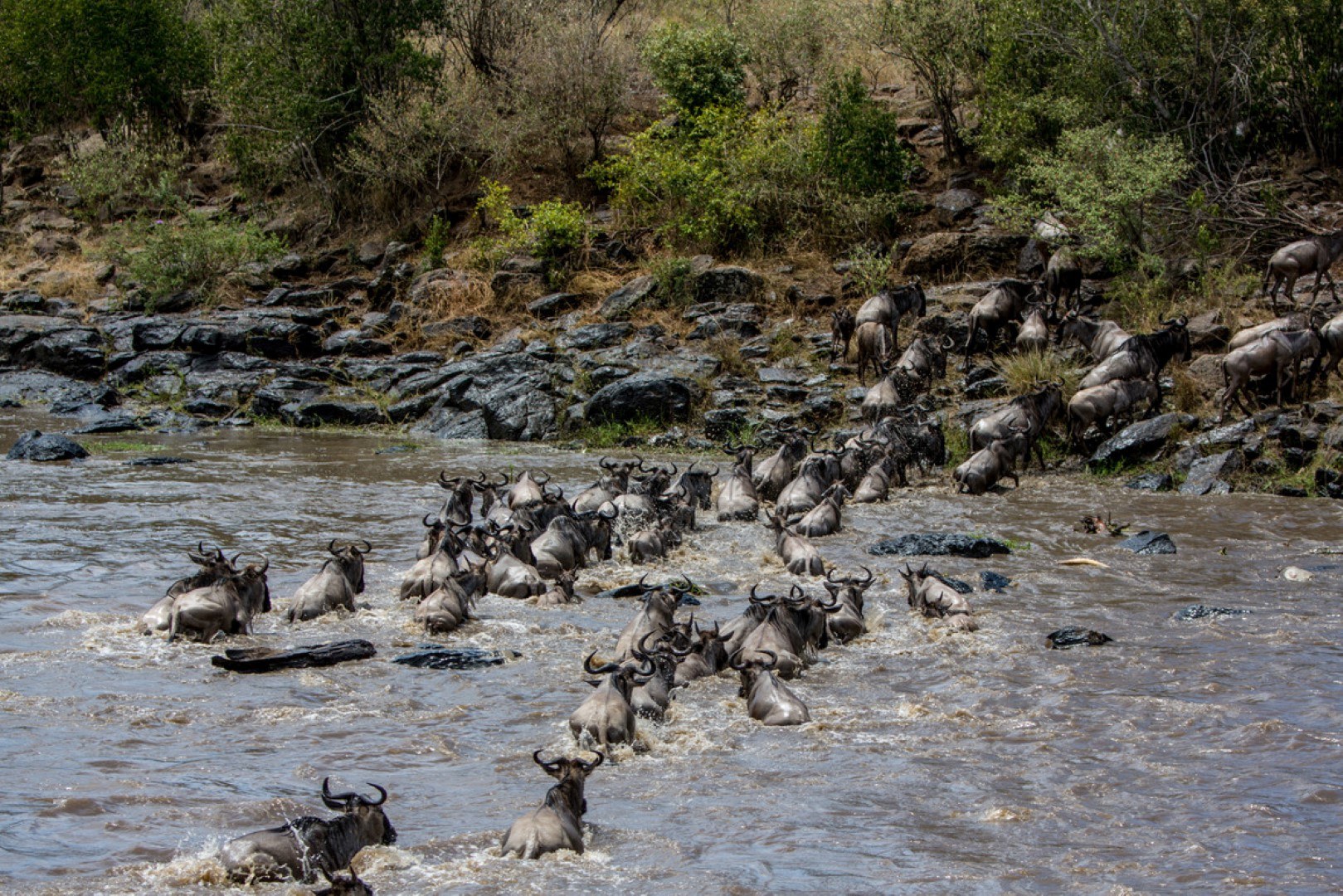 By early November, the rains arrive, delighting the parched land and its inhabitants. The downpours are short-lived and often at night, so they seldom interfere with your safari activities. Almost all of the safari lodges and camps remain open during these shorter rains.

The Great Migration concentrates along the eastern boundary of the Serengeti, aiming to arrive at the southern plains in time for calving season all over again.

Game viewing is still excellent throughout the national park, thanks to high numbers of all animals and good visibility across the savannah. Afternoon thunderstorms quickly clear up, leaving the crisp, clear light of summer above a lush expanse of the African wilderness. In other words, it’s a photographer’s dream. 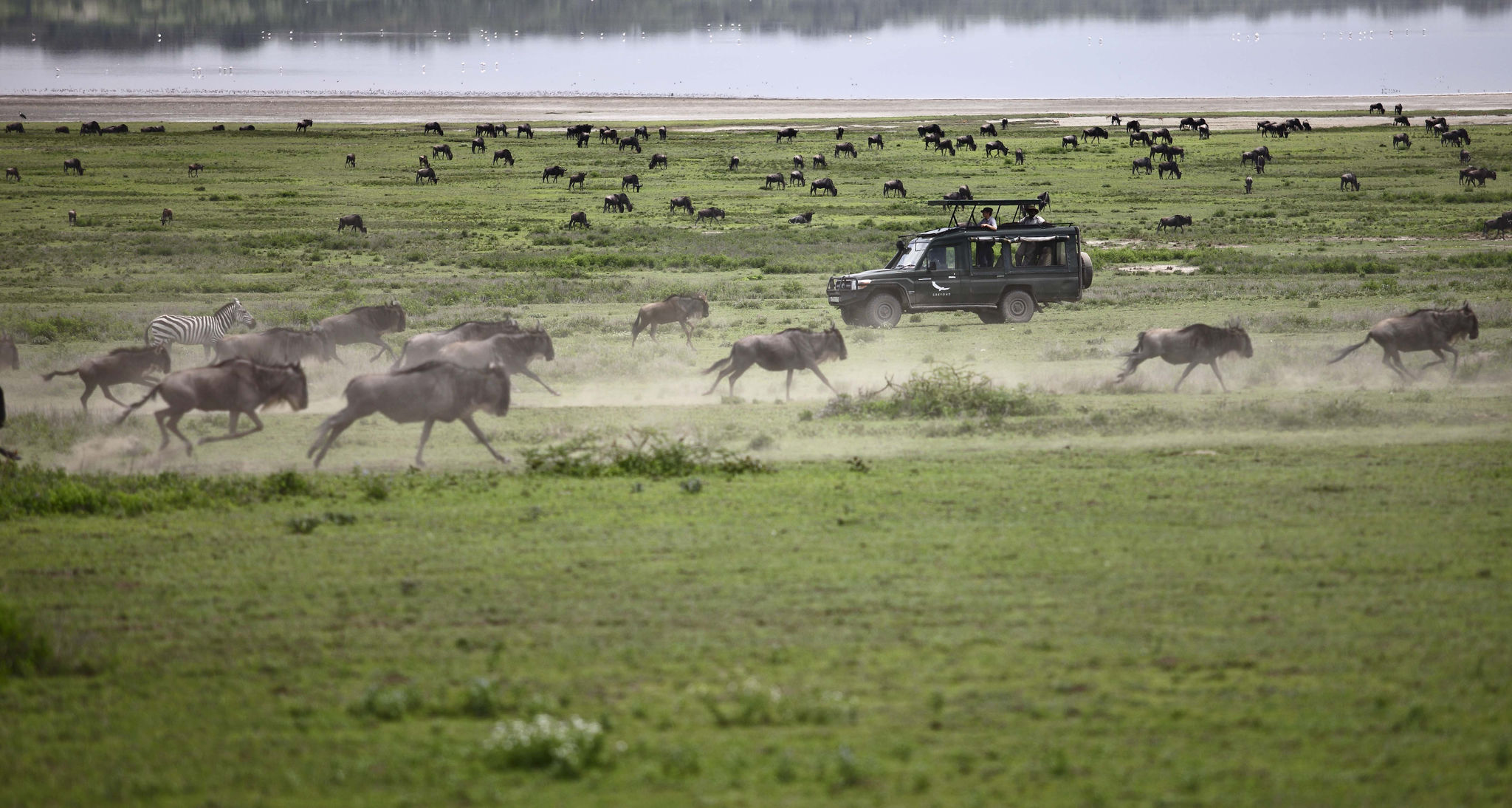 Dry season in the Serengeti

So, When Is The Best Time to Visit The Serengeti?

The best time to visit the Serengeti depends on how important the Great Migration experience is to you. So, if it’s the main reason for visiting the Serengeti, head north to experience a river crossing towards the end of the dry season.

If it’s the best of both worlds you seek – a general safari and the migration – then consider January and February when the migration takes a hiatus for calving season, and the game viewing and predator activity are at their peak. 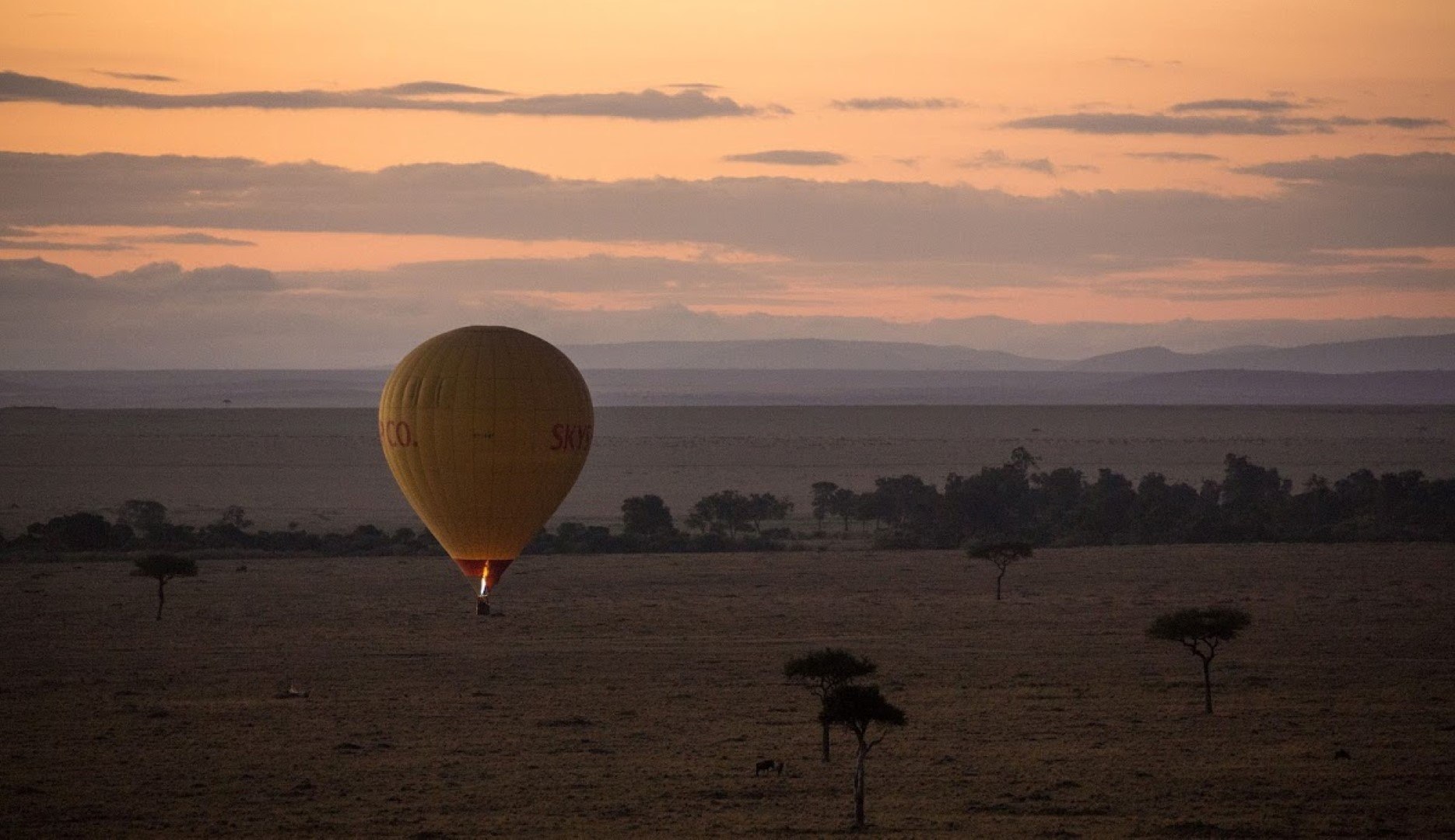 The Serengeti National Park is a year-round safari destination for general game viewing. Short grasses on the vast open plains offer good sightings of lions, leopards and cheetahs, as well as hyenas, African wild dogs, crocodiles and many smaller predators. Large herbivores are fully represented with elephant, rhino, giraffe, large antelope, wildebeest (obviously!), zebra, hippos and a host of smaller antelope and plains game. Last but not least, birding is also excellent with many migratory species and resident raptors.

Ready to book your Serengeti safari with the World’s Leading Safari Company? Talk to one of our Travel Experts who’ll help you plan your ultimate luxury safari experience.