Anushka Sharma and Virat Kohli have always been a major topic of discussion on the internet ever since they tied the knot in 2017. The couple became parents in January 2021 but kept the face of their child, Vamika, hidden from the people to make sure she is not affected by media attention at such a tender age. As Vamika’s face was broadcasted on World television amidst a match on Sunday, Anushka recently took to Instagram to request media outlets and paparazzi to continue respecting their privacy.

For the unversed, Anushka and Virat had previously issued a statement right after Vamika’s birth that they do not want anyone to click pictures of their child. They even sent out gifts to the paparazzi, requesting them to respect their privacy and the photographers have abided by it for more than a year now. The baby’s face was always a mystery for the netizens as Anushka and Virat are some of the most popular couples in the country.

As Vamika’s pictures went viral after the India-South Africa One Day International, Anushka Sharma recently addressed the issue and requested media outlets and pap handles to stick to the initial plan and not publish pictures of the child anymore. In a short note on her Instagram, Anushka wrote, “Hi Guys! We realized that our daughter’s images were captured at the stadium yesterday and widely shared thereafter. We want to inform everyone that we were caught off guard and didn’t know that the camera was on us. Our stance and request on the matter stays the same. We would really appreciate it if Vamika’s images are not clicked/ published for reasons we have explained earlier. Thank you!” 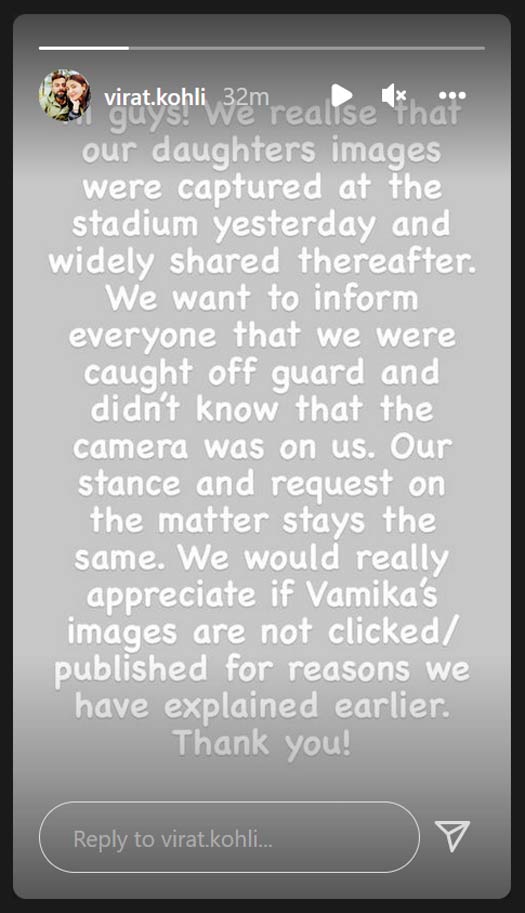 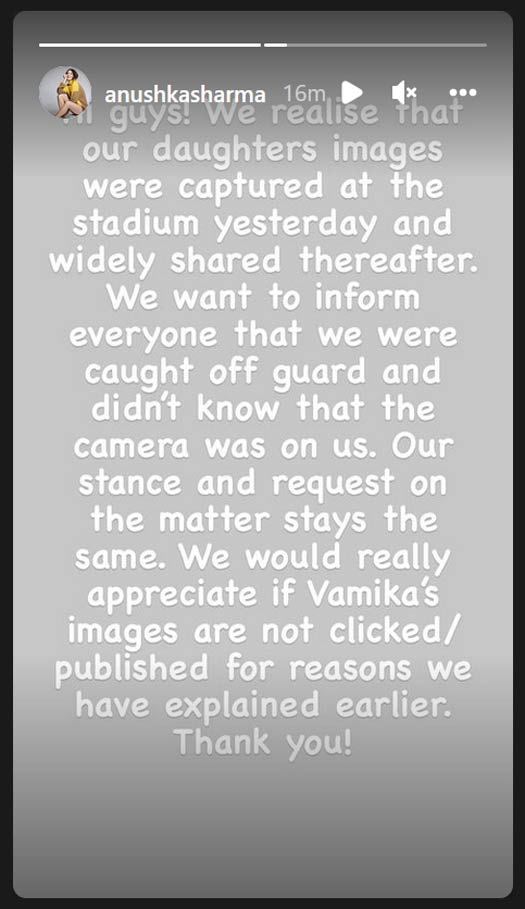 Vamika was a trending topic on social media yesterday as her face was captured during a live match in Cape Town. In the short viral clip from the stands, Anushka Sharma could be seen holding the child in her arms while pointing towards Virat Kohli who was on the field. Fans couldn’t help but compare Vamika’s facial features to that of Virat’s as the father-daughter duo looked strikingly similar.

Tune in to Koimoi for more