Ari Lennox is airing out the chillers one by one since sharing her disappointed perspective of her recent interview with MacG. The singer explained that she was shocked and offended at MacG’s sexually explicit question in a Tweet.

Additionally, Ari Lennox vowed to stop participating in interviews after her unpleasant experiences. Since then, she has been on a mission to make everyone attacking her for her decisions know she isn’t one to be messed with. Defending her honour, she wrote: 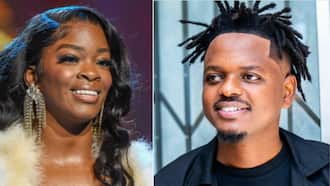 “I will continue to sing about d*** when I want! And you misogynistic peasants can continue to jerk off to my music thank you!!!! Good morning”

The award-winning vocalist proved she had time as she persisted with her replies to those who defended MacG. At some point the singer even shared that she would like to be released from her label after the embarrassing ordeal.

Of course, chillers did not take to Ari’s attacks well and did their best to berate her for her choice of words in her music. The topic is currently still trending on Twitter, with responses from MacG fans that look a little something like this:

“MacG really made you famous in Africa. You should be thankful and stop with these angry tweets. Maybe hand over yo account to a social media manager.” 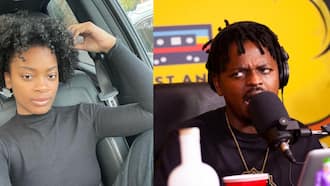 “She called South Africans peasants; I hope lessons are learned. The Hate on MacG is misplaced”

Videos of the interview have done the rounds in which he asks Ari some pretty inappropriate questions which visibly shocked her.

She had demanded that some parts of the podcast be deleted, but according to her the producers of the show broke their promise.

As a result, she is bitterly disappointed and has vowed to never set foot in Mzansi.