Mzansi social media users have shared mixed reactions to the news of Minnie Dlamini’s divorce. Some peeps shared messages of support while others shaded the stunner following her failed marriage to Quinton Jones.

Scores of peeps have taken to social media to share their two cents on the matter. The divorce has become a topic of discussion online. Some peeps said being Mrs Jones suited the media personality while others speculated on the cause behind it. 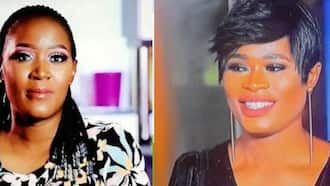 Taking to Twitter, some trolls shared that they can’t wait for the TV presenter to drop a reality show titled Unbecoming Mrs Jones. Others alleged that Unathi Nkayi played a role in the stunner’s failed relationship with her baby daddy.

“This ‘Unbecoming Mrs Jones’ just goes to prove how bitter people are! Always rooting for someone’s downfall. Was she wrong to want to share what she thought was a beautiful journey with her soulmate? Now you celebrating and excited to hear about it fail.”

“I hope Minnie Dlamini makes another reality show named ‘Unbecoming Mrs Jones’, phela these celebs like to leave us in the dark.” 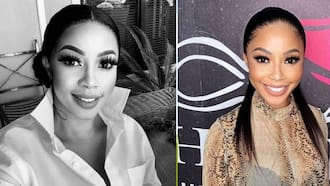 Kelly Khumalo gets candid about Valentine’s Day, says most couples are chasing clout

Minnie Dlamini and Quinton Jones split after 4 years of marriage

In related news, Briefly News reported that celebrated local TV personality Minnie Dlamini and her husband Quinton Jones decided to go their separate ways after four and a half years of wedded bliss.

The couple, who share a young son, exchanged their vows in a colourful wedding celebration in July 2017 before later treating Mzansi to the opulent affair in a televised three-part series titled Becoming Mrs Jones, News24 reported.

Now, with the dust settling amid the fanfare of Valentine’s Day, the pair released a joint statement announcing their split on Tuesday afternoon. Minnie shared the news on her Instagram account.