This book was initially written in 1936, an undelivered speech intended to provide a theoretical framework to Savarna Hindus to annihilate caste. This seminal text incisively analyses caste’s social, religious, and historical roots. It shows how it shaped society’s cultural, political, economic, and moral structure across centuries in South Asia.

Contemporary India faces an existential threat from the rising Hindu supremacist politics that shake the foundations of plural existence and constitutional morality.

To understand the roots of the current situation and counter the growing violence against Muslims, Dalits, Adivasis, and other minorities, Annihilation of Caste sheds light on the origins of insensitive and inhuman attitudes and violent culture among the dominant castes rooted in the Brahmanical religious ideology that normalises such violence and injustice.

This book is a theoretical text for everyone interested in protecting India’s democratic foundations based on the ethics of constitutional morality that guarantee freedom, equality, justice, fraternity, and dignity, irrespective of caste, gender, religion and economic status. Reading this text not only opens one’s eyes to the injustice in society but also provides tools to rectify them to build a compassionate society.

Recommendation: The Politics of Untouchability: Social Mobility and Social Change in a City of India by Owen Lynch (Columbia University Press, 1969) 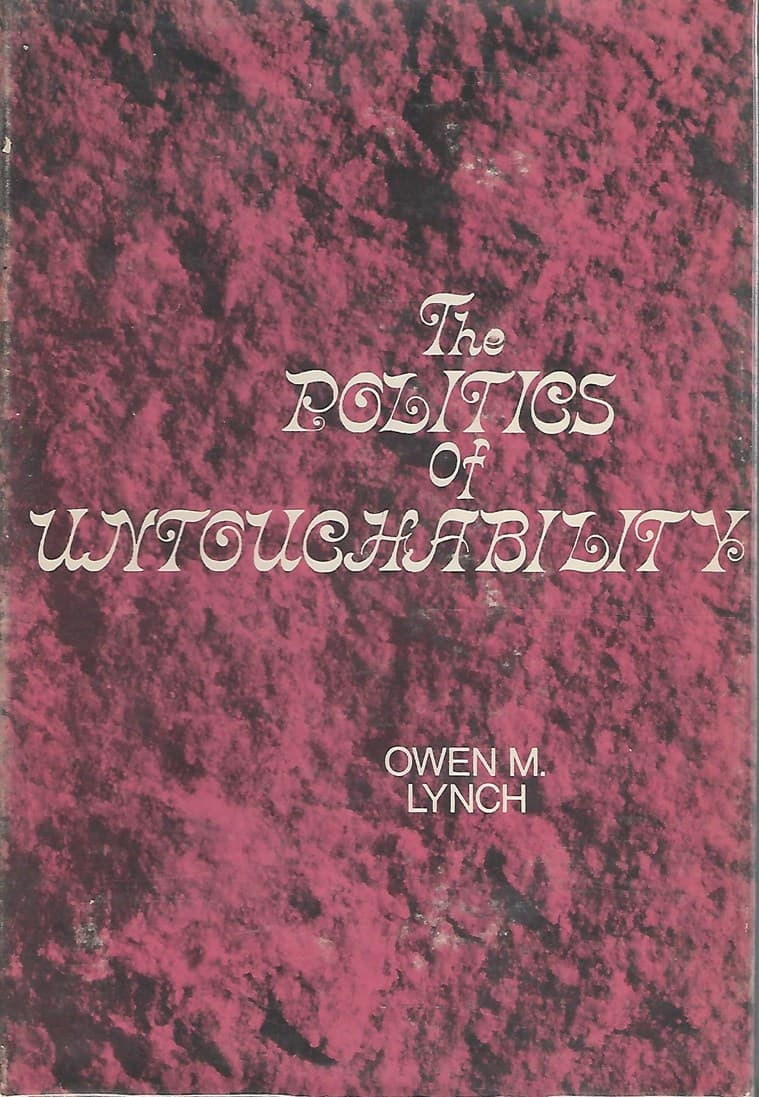 The Politics of Untouchability: Social Mobility and Social Change in a City of India by Owen Lynch (Source: Amazon.in)

This is a well-researched book and has evolved through in-depth fieldwork in the western part of Uttar Pradesh. I recommend it because I find it to be one of the classics on the theme of caste, written by a master writer such as Lynch. It is a social history of an evolving assertive consciousness among Dalits in their everyday life.

It is writings like these that I like to read again and again. People may find it useful because it tries to document the history of the making of Dalit consciousness in the broader context of society, culture and politics. People may also read it because it combines history with ethnographic fieldwork, necessary to document the history of the marginal, which are mostly circulating in oral cultures and public memories of these sections of our society.

Recommendation: Caste: The Origins of Our Discontents by Isabel Wilkerson (Random House, 2020) 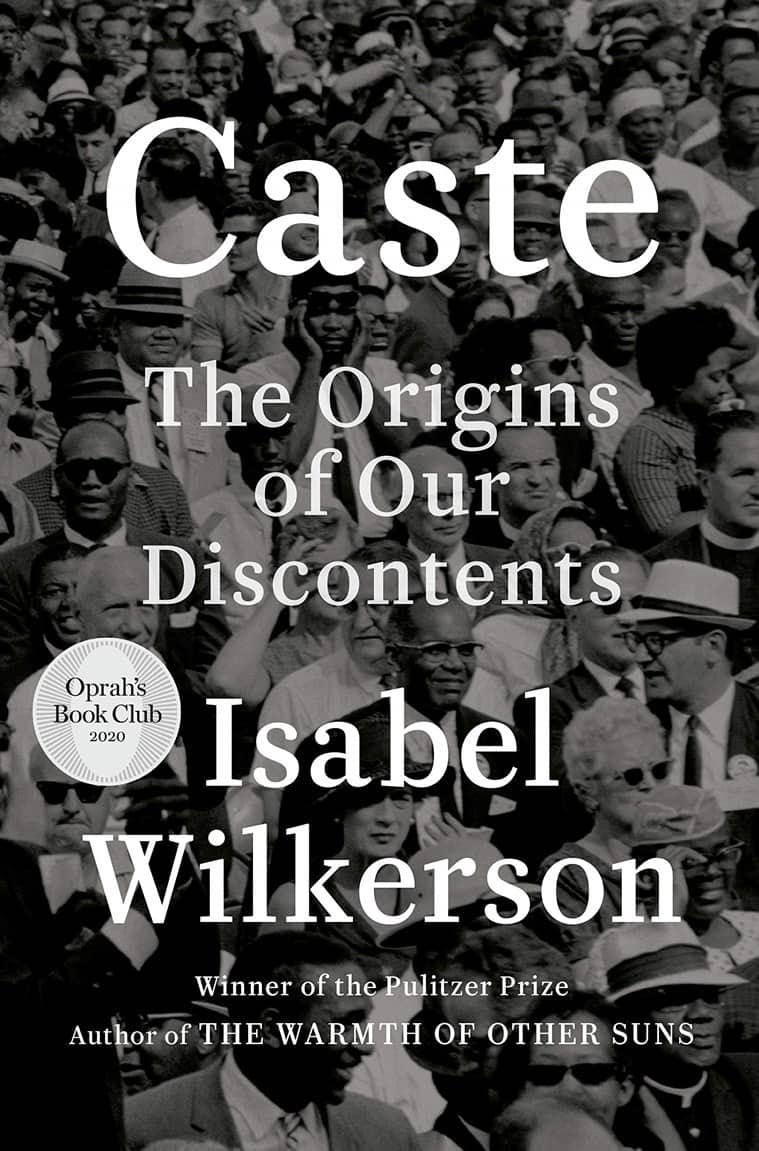 Caste: The Origins of Our Discontents by Isabel Wilkerson (Source: Amazon.in)

Unlike Indian sociologists like GS Ghurye, MN Srinivas, DP Mukerji or Louis Dumont, Célestin Bouglé and many other Western authors who studied caste mostly based on Hindu texts, Wilkerson has a better handle on the topic because she has a standpoint of the oppressed. She studied the systems of birth-based hierarchies in the US, India and Nazi Germany and finds that all these systems have similar infrastructure.

Wilkerson sees caste as pathology, a problem of gigantic proportion that has impacted and is still impacting millions of people and making their lives miserable, while at the same time, it is also placing millions of others in a privileged position. She also provides a comprehensive definition of casteism: “Any action or structure that seeks to limit, hold back, or put someone in a defined ranking, seeks to keep someone in their place by elevating or denigrating that person on the basis of their perceived category, can be seen as casteism.” This will help readers in understanding the caste in a global perspective. 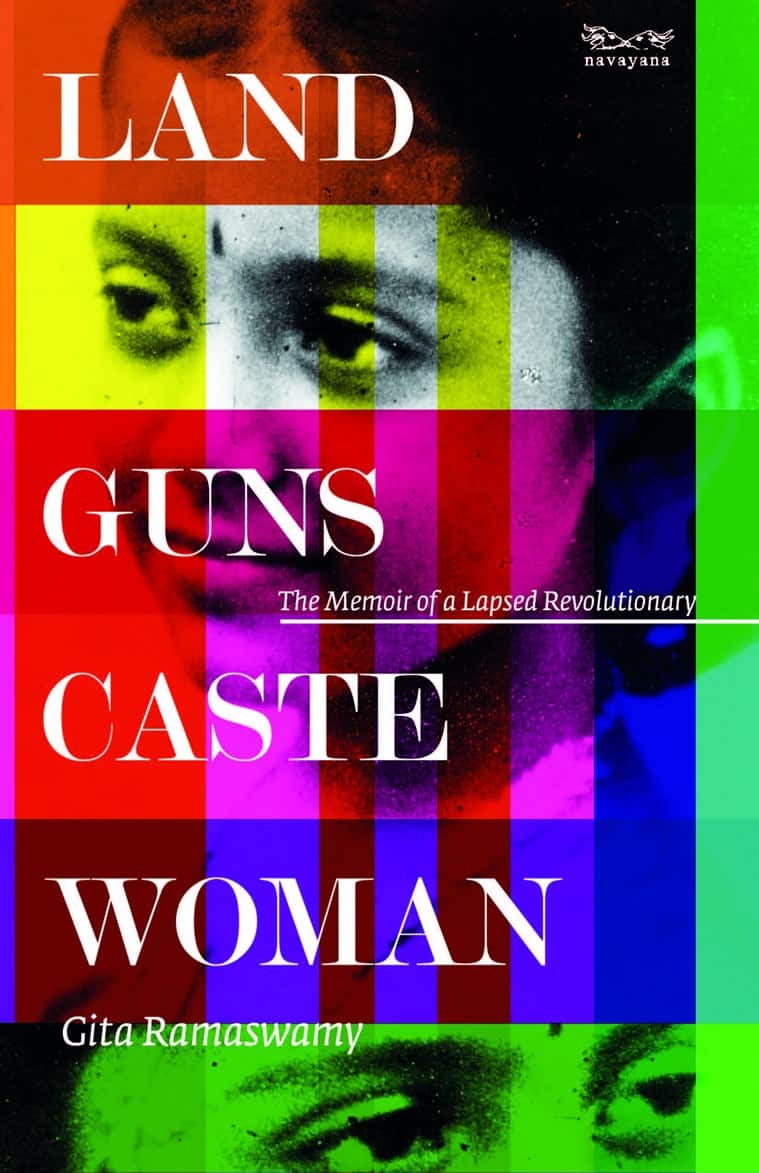 Gita Ramaswamy was born a Brahim girl who rebelled against Brahminical rituals. For example, she writes that when she began menstruating, her mother and family members told her that if she touches divine idols, they will break. But, in her Catholic school, she was being taught science where she was told that menstruation biological phenomenon key to childbirth. That was the beginning of her rebellion against Brahminical superstitions and traditions.

She went on to become a Naxalite revolutionary of sorts, but there, too, she rebelled against the culture it was trying to build between men and women, their practices and the goals they were trying to set for her. Then, for a decade, in Ibrahimpatnam near Hyderabad, she fought landlords on behalf of Dalit bonded labourers. So, she was a Brahmin woman, who fought for Dalit liberation and became a strong Ambedkarite. Along the way, she also turned publisher and brought out several books of Dalits, Adivasi, and Black literature in Telugu language.

I would recommend this book, particularly to Brahminical writers and thinkers, on how to tell/write about Brahminical superstitions and ritualistic texts, which were never liberative. Ramaswamy says that the texts that she read from Europe were more liberative for women and other oppressed people. English education for Brahmin women was more liberating than the Brahmin reformer’s agenda such as Raja Ram Mohan Roy or Ishwar Chandra Vidyasagar. Ramaswamy credits her Catholic school education to inculcate in her a progressive mindset. This is a deeply personal account of a privileged woman’s journey into self-realisation and social consciousness

This book surprised me, because never in Indian history, neither a Brahmin man nor a woman, has written about the oppressive backward culture in Brahmin families – how they treat women, the kind of rituals they practise at home, how they don’t introduce their children to productive work or larger social groups and live in cocoons thinking they are living in the best culture. It is not just studying Dalit lives that is important. It is important to study Brahmin life at home to understand how they came to construct rituals and myths and the oppression they levy on their own women and society as a whole.

Recommendation: Caste: The Origins of Our Discontents by Isabel Wilkerson

I like this book because she has really brought out the complete architecture of the lies of the caste system, and has highlighted in detail the terrible practices that White people have perpetuated against the Black community that we living in India are not fully aware of. Some of the atrocities that have been committed against Black people have even been worse than what the Germans did to the Jewish people.

Now because most Germans today accept that their ancestors committed those atrocities during the Holocaust, there is some kind of a repentance among them. But in America this hasn’t happened yet. Large number of White people are still under the notion that they are entitled to treat Black people the way they do. Wilkerson’s book highlights all this and more. There are two reasons why I picked this book: firstly, because it contextualises and establishes the historical significance of the Mahad Satyagraha whose relevance has been deliberately diminished by “mainstream” historical accounts. I especially enjoyed reading this book because it not only speaks to the value of a community rendered ‘untouchable’ exercising their fundamental right to drinking water led by one of their own. But also juxtaposes this against the Dandi March, a staged form of assertion that has been catapulted in historical imagination.

Secondly, Tharakam’s identity has been primarily associated with his exemplary human rights lawyering work. However, with this book, he dons the hat of a legal historian in encapsulating the challenge that Dr Ambedkar posed to the law of Brahminism with this Satyagraha — a March that Bahujans in India ‘continue to launch everyday’.

This book has been published by The Shared Mirror which is an excellent anti-caste publishing house that has published several incisive pieces of writings like this one.

This Marathi book is a collection of 21 essays by Professor Kambale which were published previously in various magazines and newspapers over the years. It also includes some research articles by the author which were published by Mumbai University and Vacha Trust. These essays deal with a wide variety of subjects ranging from the situation of women during the Vedic period to those in the Buddha-era; from the women’s education movement of Jyotirao Phule-Savitribai to the women’s empowerment ideology of Dr Babasaheb Ambedkar; from changes brought by Hindu Code Bill to the recent Me Too movement.

Dr Ambedkar analysed the historical reasons for the sad condition of women during his time and also proposed a way forward for their emancipation. The rights are given to women by the Indian Constitution and those by The Hindu Code Bill provide the framework for a dignified life to Indian women. But what does this dignified life mean? And what are the boulders in achieving freedom? These are the questions that this book tries to address.

A Buddha-era poetry anthology Therigatha was among the earliest women’s literature in the world. In Striyanchya Unnatisathi, Professor Kambale has delved on various aspects of Therigatha and its contemporary significance. The principal struggle of the 21st century is between constitutionalism and theocracy. If Indian women want to taste the air of real and lasting freedom then they must side with constitutionalism.