The spotted hyena is by far the most underappreciated animal in nature. The world has a prejudice against hyenas. Since ancient times, they’re globally despised by many due to centuries of negative traditional folklore and literature, which has caused many to perceive them as nature’s villains, vermin, and all sorts of other ugly names. We take a closer look at the spotted hyena and give it the praise it deserves…

A spotted hyena plots its next move in the evening light, Image Credit: Brad Mitchell

Some see hyenas as bullies – animals always there to cause trouble. And after that, they’ll laugh it off with their famous manic giggle. They’re seen stealing food from lions, leopards, cheetahs, African wild dogs, and other wildlife, a behaviour known as kleptoparasitism. As a result, the perception is that they’re notoriously lazy, always relying on other animals to hunt for them.

But what are hyenas exactly? Are they cats or dogs? Well, spotted Hyenas belong to their own family group Hyaenidae, which contains four species, namely the spotted hyena, brown hyena, striped hyena and aardwolf.

What Role Does the Spotted Hyena Play in The Ecosystem? 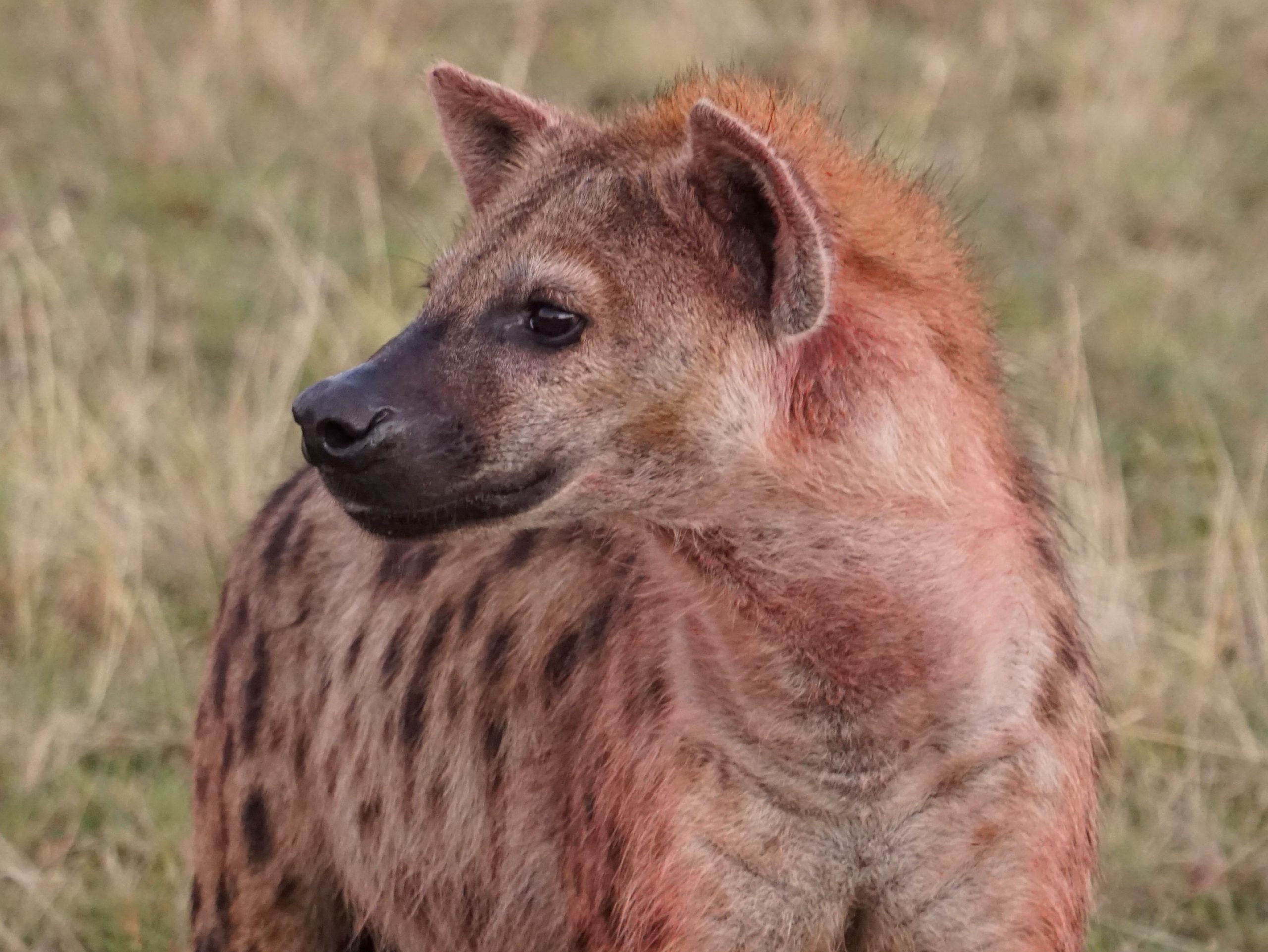 It’s not a glamourous job, but hyenas fulfil it to perfection

The important question is, what roles do hyenas play in the ecosystem? Answering this question will make one realise and appreciate their importance in helping bring balance to the natural system. However, this is by far not a complete insight into the significance of hyenas in their ecosystem, as several research studies and literature were conducted on this successful predator.

As scavenging animals, hyenas fulfil a vital niche not occupied by many species. With the help of different vulture species, they feed on carcasses of dead animals and scraps left behind by other predators such as lions and leopards, as these predators will mainly eat the flesh of their prey and abandon the rest. 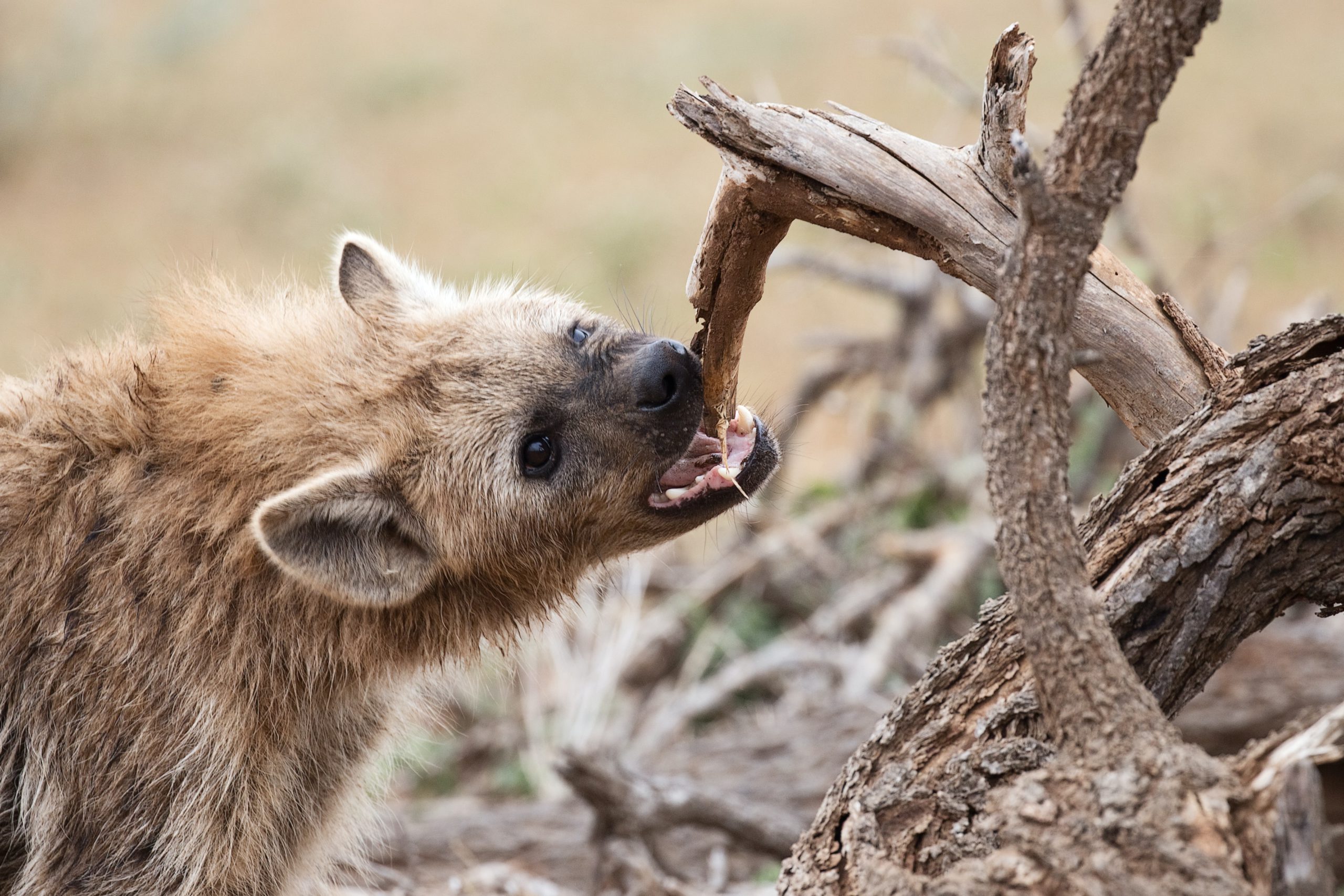 Powerful jaws and sharp teeth are a hyena’s tools, and this youngster is making sure they’re up to scratch for the task

With their strong jaws and teeth, hyenas are indeed nature’s garbage crew, capable of crushing bones, cartilage, horns, hoofs, skin and other hard-to-digest food items which most animals cannot deal with.

Therefore, if no hyenas existed, these items would not be recycled efficiently into the ecosystem, creating an unbalanced or unstable ecological system. This scavenging behaviour also helps stop the spread of disease in the ecosystem as all the debris left by other predators is cleaned up by hyenas as quickly as possible. 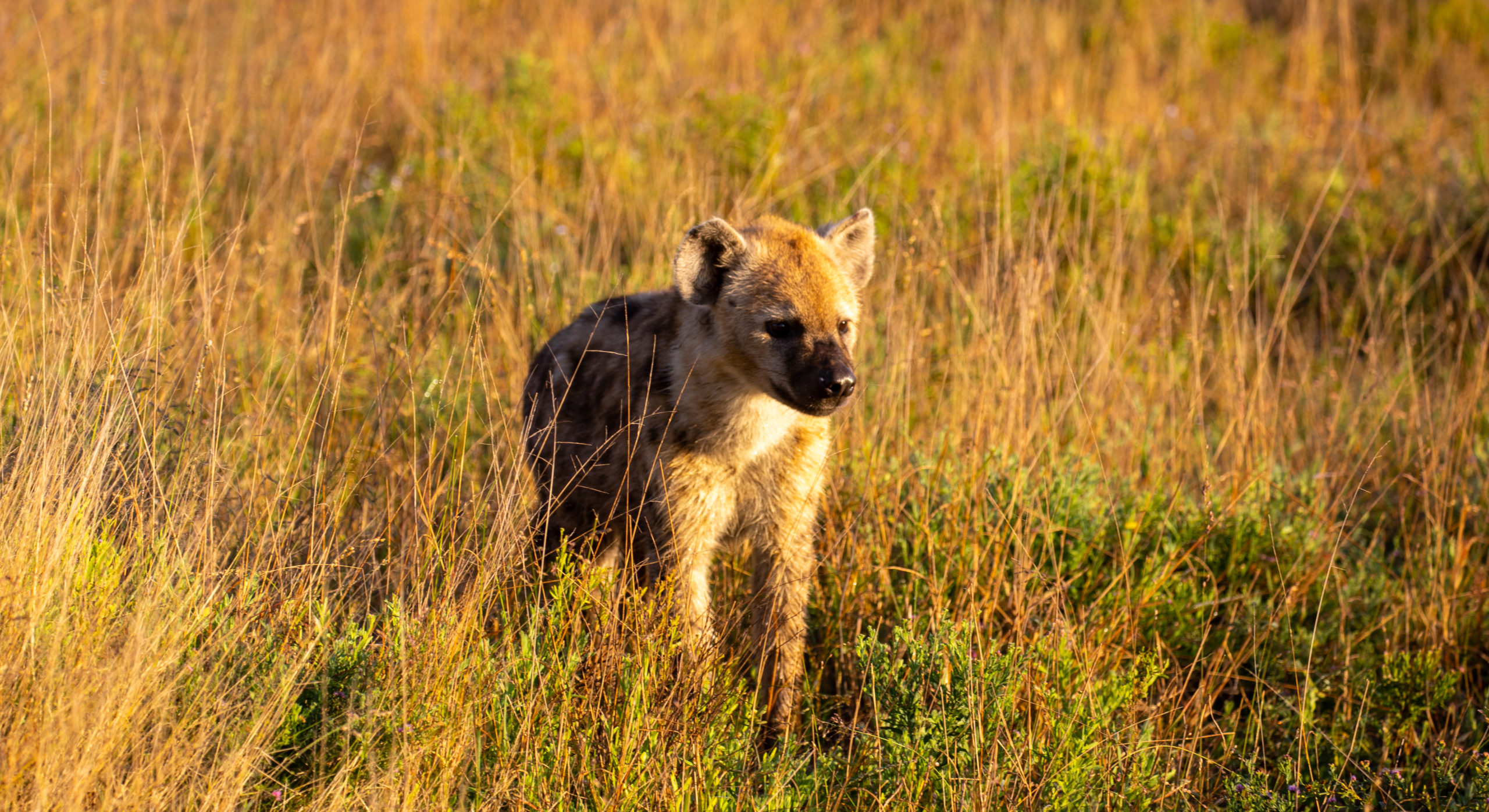 This young hyena pauses to enjoy some sunshine on a cool winter morning in the Sabi Sand, Image Credit: Brad Mitchell

Hyenas are not just scavengers, as they are efficient hunters in their own right. By preying on other animals, they ensure the populations of their prey species are kept in check, thereby preventing overpopulation. Furthermore, by preying mainly on weak, compromised individuals, they ensure the recessive genes carried by these weak individuals are not transferred to the next generation. As a result, they help maintain genetic vitality within their prey population.

Here I’m on one of my safaris at Silvan Safari with my guests, watching them socialising at their den site, playing and wrestling each other. Their pups comprise different age groups, some even just a couple weeks old.

One of my guests whispered into my ear and said, “You know, they don’t look as ugly as I thought they were”. With a smile, I turned around and said, “I know, right! Aren’t they just adorable?”. 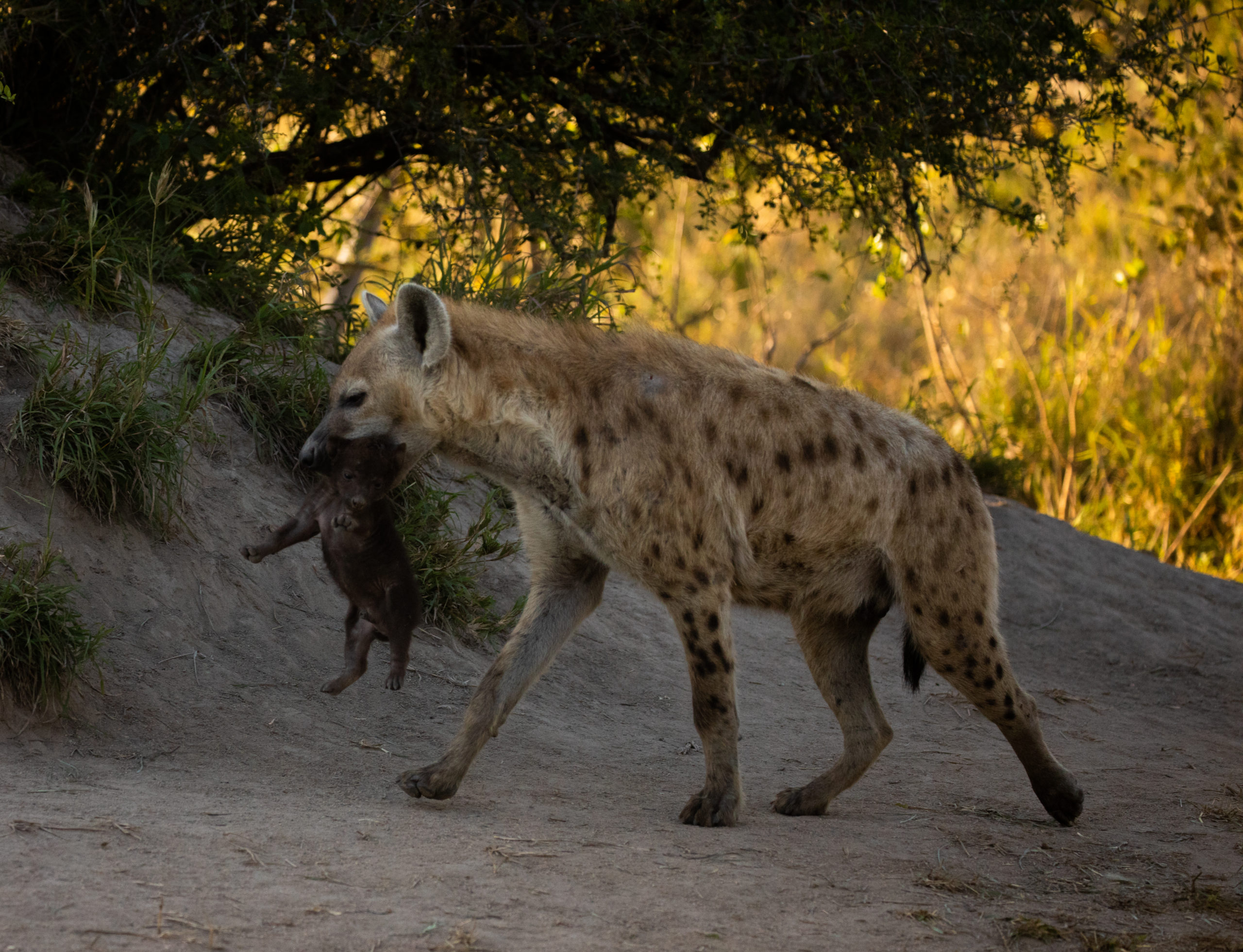 Next time you visit us here at Silvan Safari Lodge, ask your guide and tracker to show you hyenas pups and leave a comment below if you agree they are indeed beautiful and fascinating creatures. 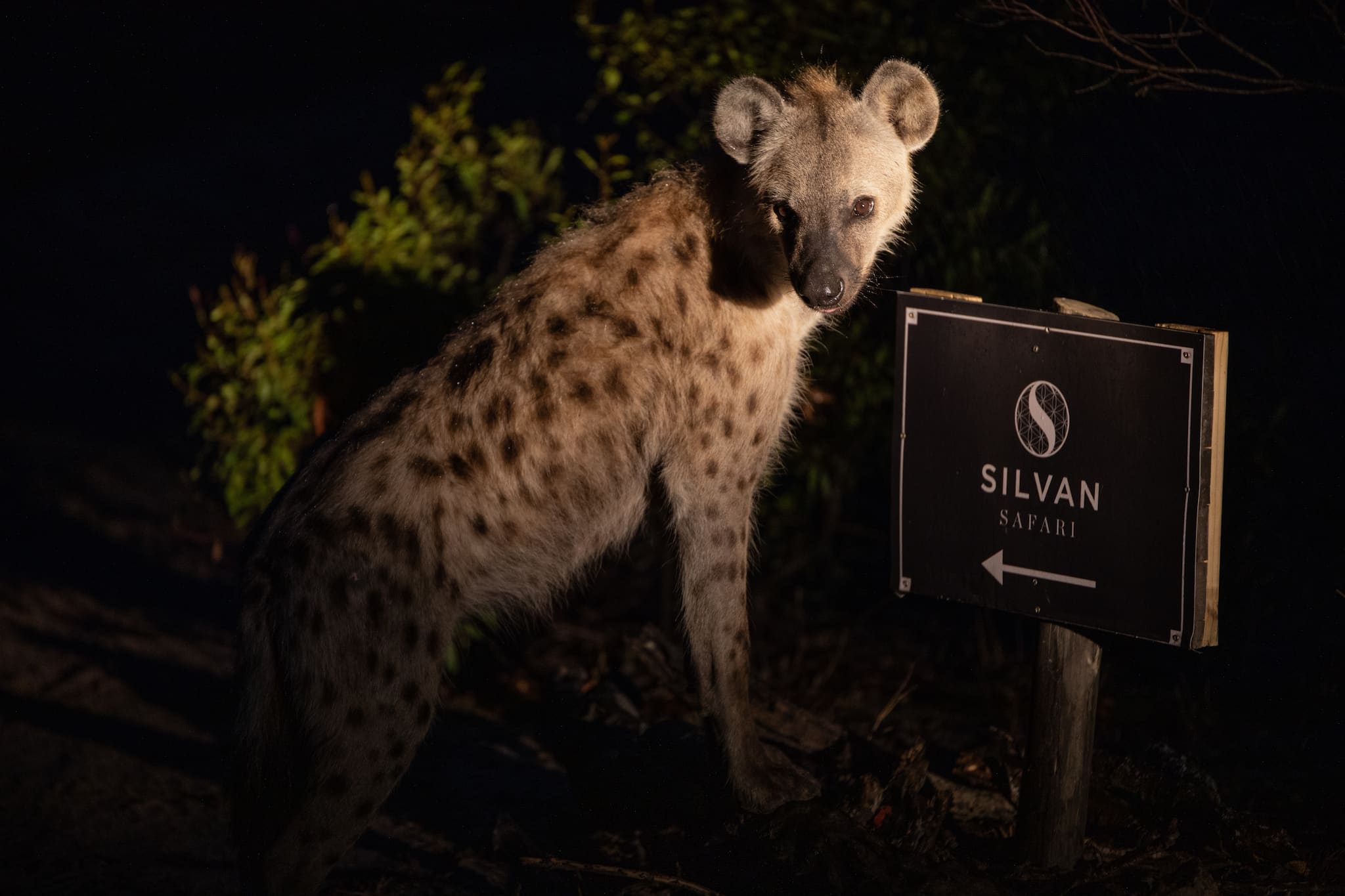 Hyenas are always around to entertain guests at Silvan