I recently witnessed two white rhinos battling it out at Silvan Safari – an incredible experience! It was early morning, Africa treating us to one of her iconic sunrises. The sky was clear, with the promise of a warm and beautiful day ahead of us. But little did I know what else this day had in store for us…

White rhino in a territorial despite, Image Credit: Jamie Sangster

We set out for the morning game drive, our guests’ excitement palpable in the air. After a while, we picked up on one of Silvan’s white rhino tracks, close to a big dam. The tracks were very fresh, and we could see that there was still some saliva on the grass where the rhino was grazing.

Our tracker on that day, named Remember, suddenly asked me to stop and jumped off, a big smile spreading across his face. He started tracking the white rhino for about half an hour before calling me on the radio.

He’d managed to find not one but two of Silvan’s white rhinos!

I was so excited to show them to our guests and eager to find them. Then, there they were. Two rhino bulls were standing in the bushes right in front of us. But wait, there was more going on! It looked like the two rhinos were in a territorial dispute, getting ready for battle. We found our tracker Remember, standing behind a termite mound, watching the battle unfold.

We stopped the game vehicle and watched from a safe distance. Yes, we were fascinated and curious but we certainly did not want to get in between the two!

We watched in awe as Silvan’s two white rhino sized each other up and fought for nearly 45 minutes. It was indeed the fight of the century as they did not even bother to look at us! We were invisible to them in the heat of the moment. 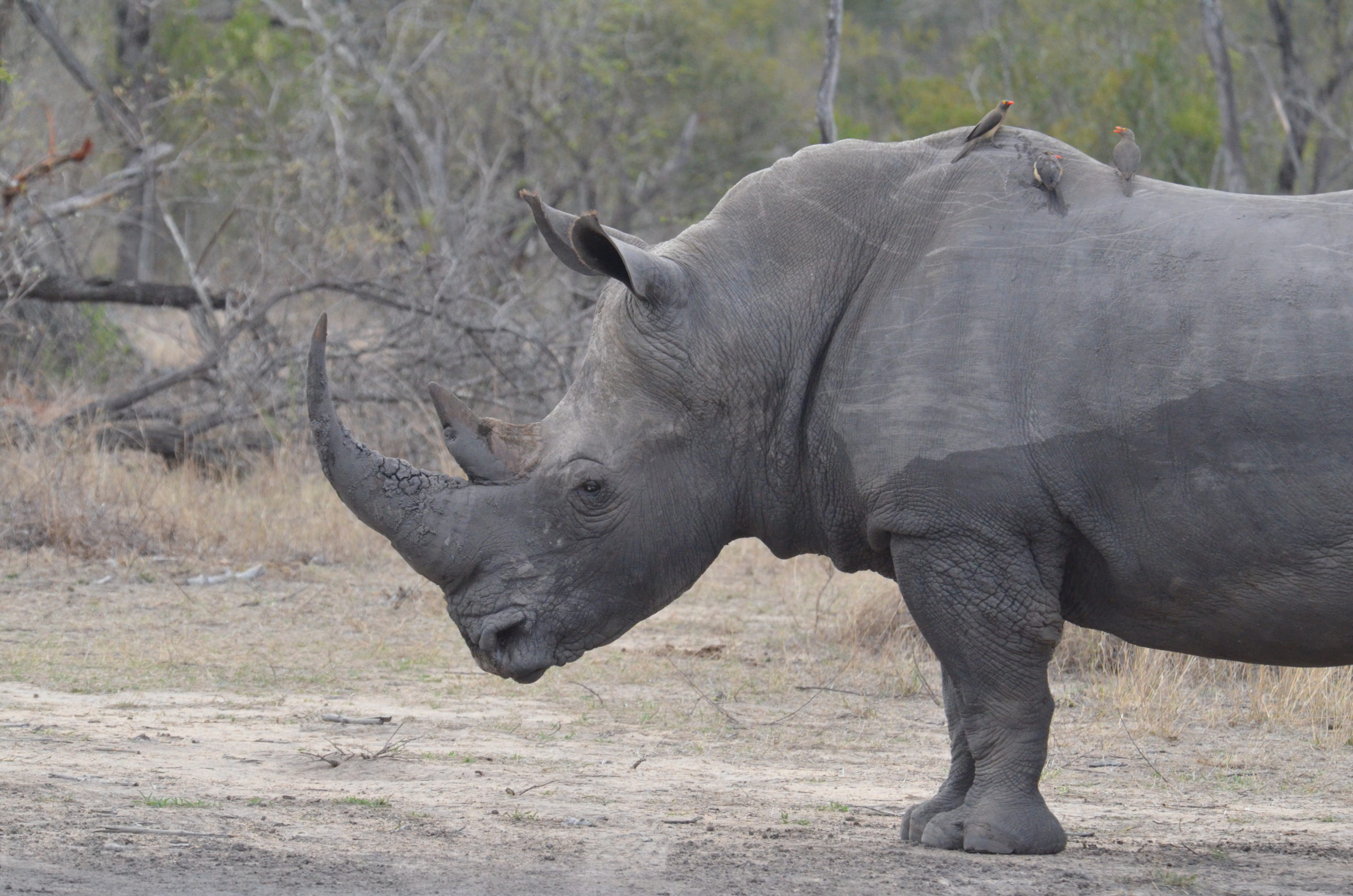 Seeing a rhino in the wild is a moving experience, Image Credit: Jamie Sangster

The next thing we knew, a brave spotted hyena decided to enter the battlefield. At least it did not attempt to join in on the battle and simply wanted to be in the audience like us. Seeing this battle unfold was the experience of a lifetime and our guests thoroughly enjoyed it!

We hope to welcome you to Silvan Safari soon so that you can experience incredible sightings like these for yourself!

Help Save Our Rhinos

Rhinos are majestic, and although they do have disputes like these with one another, they are generally quite peaceful in nature. They also have no enemies in the wild. Other than us humans, that is.

The unfortunate reality is that rhino poaching is driving this beautiful species to extinction. That’s why Rhino Africa is attempting to raise $100,000 to help support and fund Wildlife ACT’s incredible rhino conservation work. Donate as little or as much as you can by clicking below. And, as a bonus, you could stand the chance to win one of three luxury African holidays, two of these including a rhino conservation experience by donating more than $100. T&Cs apply.