PH Raw has shared a freeing truth about his financial status. The music producer told his followers that he has not been having the best relationship with money for the past seven years. PH expressed that even after such heavy struggles, he remains a giving person.

PH Raw has made it clear that making music was a sacrifice rather than a choice. The musician has been living in financial distress all for the love of his passion. 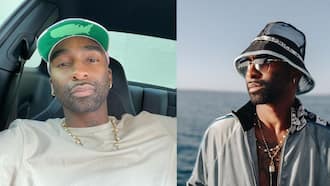 TimesLIVE reports that he took to his social media share a long statement detailing what he has been going through for the last seven years.

“As a producer and artist, most of my career I’ve been broke. I’ve lived hand to mouth. I left everything I had going for me for the music. Ever since I lost my home, car and family. I am a broke artist, I am a broke producer, I am a broke man,”

Celebs have been pretty open about their struggles lately and Bonnie Mbuli is on that list. Briefly News reported that South African actress Bonnie Mbuli shared a series of posts on Twitter detailing her journey with mental health. Bonnie revealed that she was on medication and saw a therapist for a total of four years. 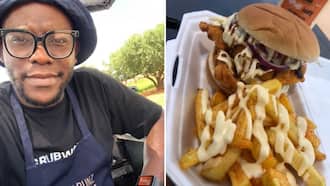 The untimely passing of rapper Riky Rick has opened various discussions about mental health amid wide speculations around his cause of death. Bonnie spoke about a conversation she had with her therapist who explained that the line of work she is in has a tendency to push depression.

Bonnie explained that social media users were not well versed on the topic and how to go about helping themselves and their loved ones who are battling mental health issues.