InstaLinks :  help you think beyond the issue but relevant to the issue from UPSC prelims and Mains exam point of view. These linkages provided in this ‘hint’ format help you frame possible questions in your mind that might arise(or an examiner might imagine) from each current event. InstaLinks also connect every issue to their static or theoretical background. This helps you study a topic holistically and add new dimensions to every current event to help you think analytically

1. The concerns around the Aadhaar-Voter ID linkage

1. The cyber threat to mobile banking

9. Recovery of the Ozone layer

The concerns around the Aadhaar-Voter ID linkage

Syllabus: Government policies and interventions for the development of various sectors and issues arising out of it etc

Directions: Important topic for the perspective of the main, can be asked directly or can be used as an example in privacy-related issues.

Context: There have been reports of instances where block-level officers have asked individuals to link their Aadhaar with their Voter IDs, failing which their Voter IDs could be cancelled.

Is the linking of Aadhaar with one’s Voter ID mandatory?

What are the operational difficulties with Aadhar:

Q. Examine the scope of Fundamental Rights in light of the latest judgment of the Supreme Court on the Right to Privacy. (UPSC 2017)

Which of the statements given above is/are correct?

Directions: The mapping of disputes between India and China is important for Prelims and for mains-Issues concerning the India-China relationship Is there a way for India to counter China’s influence in the neighbourhood?

Q. China is using its economic relations and positive trade surplus as tools to develop potential military power status in Asia’. In light of this statement, discuss its impact on India as her neighbour. (UPSC 2017)

Which of the following groups India is a member of?

Select the correct answer using the codes given below:

AUKUS: Grouping between Australia, US and UK

NATO: India is not a member

SCO: India along with Pakistan became member in 2017

The cyber threat to mobile banking

Context:  Global cybersecurity firm Kaspersky warns of an increase in cyberattacks on Android and iOS devices in the Asia Pacific (APAC) region

Status of Mobile banking in India:

Mobile banking Trojans are dangerous malware that can steal money from mobile users’ bank accounts by disguising the malicious application as a legitimate app to lure unsuspecting people into installing the malware.

It helps to be careful and extremely cautious when using a mobile device to make payments. Apart from the usual digital hygiene practices like keeping the phone up-to-date and rebooting regularly, consumers can ensure they use their phones for banking only when the device is connected to a secure VPN. iOS 16 users can turn on the Lockdown Mode as it limits the device’s functionality and protects it from any potential malware. Q. Cyber security is a very important topic for Mains. Do have a ready-made note prepared on various aspects, issues, and solutions related to it.

The terms ‘WannaCry, Petya and Eternal Blue’ sometimes mentioned in the news recently are related to (2018)

In India, it is legally mandatory for which of the following to report on cyber security incidents? (2017)

Select the correct answer using the codes given below:

Direction UPI is an important topic. Know how UPI work? How is it different from other modes of electronic payment?

Zero charge framework: Most other modes of digital retail payments attract a charge on transactions. But the government has mandated a “zero-charge framework” for UPI transactions (from 2020), meaning charges on UPI for users as well as merchants (on MDR) being nil.

Benefits of charges on UPI and MDR:

Unified Payments Interface (UPI) is an instant real-time payment system, allowing users to transfer money on a real-time basis, across multiple bank accounts without revealing details of one’s bank account to the other party.

Q. Link the topic with Fintech Industry (important for this year’s mains) and the digital ecosystem.

Know the basics of UPI and the agencies who operate it. Also, know a few current affairs e.g. (Nepal will be the first foreign country to adopt the UPI system)

Which of the following is the most likely consequence of implementing the ‘Unified Payments Interface (UPI)’?

(a) Mobile wallets will not be necessary for online payments.

(b) Digital currency will totally replace physical currency in about two decades.

Direction: Corruption has always been in news, you can pick up a few suggestions given in this article and add them to your notes.

Areas which have issues:

Direction: We had already covered Whistleblowing in detail earlier. You can value add a few points from this article into your notes along with the earlier article.

Context: CNN and The Washington Post newspaper reported that Peiter ‘Mudge’ Zatko, a former head of security at Twitter, had filed a whistleblower complaint with the U.S. Securities and Exchange Commission, which among other things alleges that the Indian government forced the social media network to hire its agent, who then had access to sensitive user data.

Mediator: Being a mediator, it is their duty to secure the privacy of people. Compromising privacy leads to a loss of public trust.

Ethical duties: Social media should have a strict code of conduct regarding appointing and regulating these platforms.

You can go to our previous article on  Whistleblowing Context: Sachin Tendulkar’s emotional farewell speech during his retirement highlighted how important the role of family, friends and teachers is in the journey to a successful career.

Messages from a close member of the family act as a guiding lamp in a child’s life.

This is why he was called God of Cricket”. (I have seen God. He bats at number four for India – Matthew Hayden).

Context: Tamil Nadu’s Tiruvallur district, has long been notorious for the prevalence of bonded labour. The workers are primarily members of the Irula community that falls under the Scheduled Tribe category.

District Collector Dr Alby John Varghese first proposed the project of SHG by co-owning and operating a brick kiln with these workers.

Approximately half of the total production was sold to the projects under the Pradhan Mantri Awas Yojana (PMAY) scheme.

Along with the state government’s Mahalir Thittam, a socio-economic empowerment programme for women being implemented by Tamil Nadu Corporation for Development of Women Ltd., the IJM is also supporting and mentoring the brick kiln project in its operative aspects.

This initiative can be mentioned in ethics answers – Good initiatives taken by Civil Servants to ameliorate the issues of minorities. Context: PM Modi’s ‘Meet the Champion’ Initiative to be held in over 25 cities on National Sports Day tomorrow Context: Prime Minister Narendra Modi inaugurated the Smriti Van memorial, which celebrates the courage shown by people during the devastating 2001 earthquake in the Kutch region of Gujarat. It is spread over 470 acres on Bhujiyo Hill near Bhuj town.

The forest around the memorial has been developed under the Miyawaki method (The method involves planting two to four trees per square metre. Miyawaki forests grow in two to three years and are self-sustaining) In accordance with the Charter of UNESCO, the prize is given to living individuals who have made a significant contribution to maintaining and safeguarding peace. 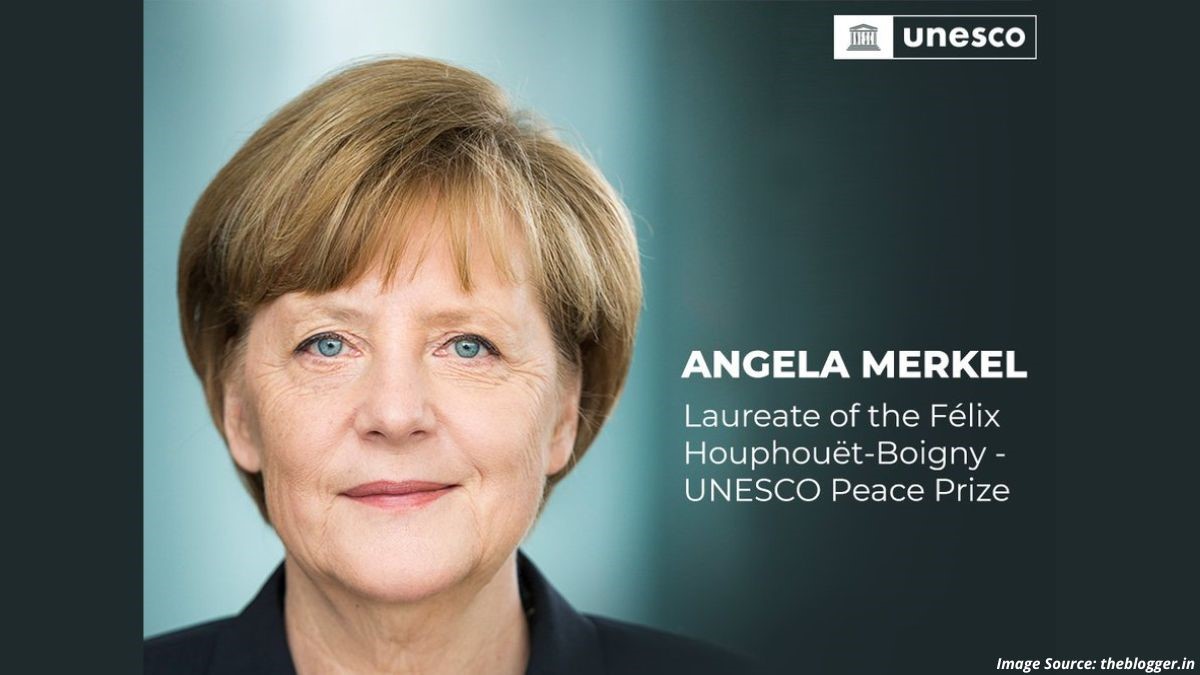 More Muslim women are opting for khhula, their right to ‘instant divorce

Directions: It can be used as an example in mains for social upliftment of women particularly from minorities

What is instant triple talaq?

Tropical Cyclone is a rapidly rotating storm system. It is characterized by a low-pressure centre, strong winds, closed low-level atmospheric circulation and a spiral arrangement of thunderstorms producing heavy rain.

Source: PIB
Direction: PLI scheme has gained importance in the manufacturing sector. Keep a note on it.

Context: Ministry of Communication had previously invited applications under DLI as a part of the Production linked Incentive Scheme (PLI)

Difference between DLI (launched 2022) and PLI

It offers a production-linked incentive to boost domestic manufacturing and attract large investments in a specified sector. Direction: Go through it once

Context: Recently there was a tussle between MoEFCC and the Chhattisgarh government over the transfer of land from its forest to the Revenue department.

Direction: These targets are important, do know them. Also know a few basic stuffs such as India is 3rd largest emitter (6.8% of global emission) but its per capita emission is very low.

India’s INDC (to be achieved primarily by 2030)

INDC: The INDCs are the primary means for governments to communicate internationally the steps they will take to address climate change in their own countries. They are not legally binding.

Recovery of the Ozone layer

Source: Down to Earth

Direction: Several Qn has directly been asked on Ozone. Have basic info. On it.

Context: As per NOAA (National Oceanic and Atmospheric Administration of US), the concentration of the ozone-depleting substance in mid-latitude has significantly reduced (to the level of 1980) PEN-PLUS is basically a regional strategy to address serious non-communicable diseases at first-level referral health facilities, the strategy is aimed at bridging the access gap in treatment and care of patients with chronic and severe NCDs.

NCDs account for most of the out-of-pocket spending of patients in Africa. By offering NCD care as a package of services available at primary and district health facilities, patients will find their expenses decrease as they spend less money on transportation, and lodging in cities and less time commuting to the health facilities.