Big Zulu is officially the owner of a brand new Range Rover. The imali eningi hitmaker lived up to the lyrics of his most popular song when he spent R2 million on the new whip.

After winning seven South African Hip Hop Awards for his album iChwane Lenyoka, Big Zulu seems to have found the perfect way to congratulate himself. The rapper headed to the car dealership and took home a brand new Range Rover worth a whopping R2 million, reports SA Hip Hop Mag. 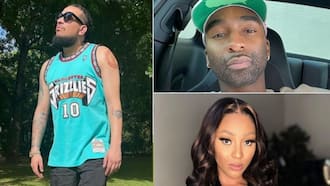 Behind the lens: 3 Mzansi celeb photographers making a splash on social media

Zulu took to Instagram to share a video of the pick-up and attracted hundreds and thousands of likes and comments. In the video, you can hear the excited rapper as he stands in awe of his new beast.

The comment section quickly turned into a celeb meet up as some of Mzansi’s A-listers joined followers on commending Big Zulu on his purchase.

DJ Zinhle, Anele Zondo, Abdul Khoza, Kid X and Focalistic were also among the celebs who came together to wish Big Zulu well.

On the topic of success, last year Briefly News reported that Big Zulu scored big at the SAHHA. He won Best Album for Ichwane Lenyoka, he also won Song of the Year and Collaboration of the Year for Imali Eningi. 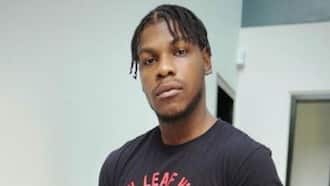 On top of that, he won the Ubuntu Activism, Best Video, Best Male and Best Digital Sales Awards. Big Zulu took to Twitter to celebrate his success.

“Their problem is that you rap in Zulu, that’s why they don’t think you should’ve won, you deserved every award Nkabi. Everything!”